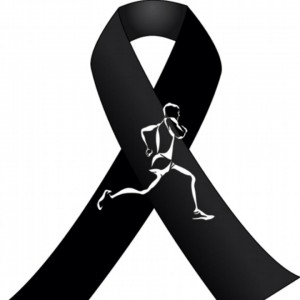 As usual , I haven’t written in a while.

I’ve a few posts that I’ve been meaning to write and in the next week or so I may do so; however I have been spurred to write this in response to yesterday’s events in Boston.

The marathon is a very special race.

The history behind it is fantastic; there are few sporting events with almost mythical beginnings.

To complete a marathon is an amazing achievement and anyone who does it deserves respect for their commitment, their dedication and their reasons.

Everyone has a reason to do a marathon.

You don’t put your body through something like that without a reason. Everyone has their reasons and I find it hard to believe there is a bad reason to do a marathon.

The Boston marathon is a special race. You can’t just sign up to run Boston.

You have to qualify.

Let me put this in perspective for you…

I’ve run one marathon. It was four years ago and I worked my ass off training for it. I was 15kg lighter than I am today and I was running four or five times a week. I did long runs, tempo runs, hill work and speed work, all the key components of training. I ran the marathon and I exceeded my goals for the time. I ran it in 3 hours and 44 minutes.

In order to qualify for Boston I would have had to run the race in 3 hours 15 minutes.

That’s over a minute a mile faster.

I’m currently training for a marathon and my expected finish time for this one is about an hour slower than last time. For me to get that extra 30 minutes faster may be more than I could ever achieve.

At one point I did aspire to run the Boston Marathon, but that’s something I’ve put to the side as simply not something I am likely to ever achieve.

So there’s the perspective.

To get into Boston you have to be an amazing athlete.

You have to be focussed, dedicated, experienced and fast.

I respect anyone who has run a marathon at all.

To most average everyday mid-pack runners, people who have run Boston are like running heroes.

At present there are three people dead and many, many people injured.

That sort of injury.

Many of those people who were injured will never run again. Their lives will be fundamentally changed and one of the most important things in their lives has been taken away from them.

There is a lot of community and trust at a race of any kind. Security is never a priority; we are all in it together.

Races, marathons in particular, are a celebration of the strength of humanity. In many ways it focuses on the power of the individual and the commitment to a goal but it is also about a shared experience. Sure, the marathon is a “race” but when there are 23,000+ runners at the race and you know you’re going to finish at least an hour after the winner, you’re not setting out to win this race. There is a great sense of community. A sense of trust.

The events of yesterday have played on that trust and will have damaged it.  Such acts of pure evil that exploit the fundamental trusting nature of humans are devastating.

In December of last year, in Newtown Connecticut there was a school shooting in which 26 people were killed. Before the race there was a special silence for the victims of the shooting and the last mile marker of the race was decorated with the seal of Newtown and dedicated to the memory of the victims. There was a team of charity runners at the event raising money for local charities. Members of the families of the Newtown victims were seated in the VIP seating section, near where the explosions went off.

I guess the important thing to remember is that when these things happen, it is the actions of a tiny few that impact everyone. We shouldn’t let those few allow us to become jaded and to lose our own humanity.

My heart goes out to every one of the victims of Boston. Whether they be directly affected, a family member, a spectator or even just a runner on the other side of the world who one day dreams of running that very race.

This event was an attack on humanity itself. Let’s not allow the perpetrator to rob us of our own humanity in response to it.

3 thoughts on For Boston