This is the third and final part of my Japan travel diary.

Part one is HERE

So… I made it through the first day till about 8 pm then passed out and slept the sleep of the dead. I woke up at 6 am feeling pretty good and went out for a run round Chiyoda, specifically the circuit around the grounds of the imperial palace. The place I was running was a popular running spot and the weird thing was that everyone runs the circuit in the same direction, anticlockwise. Down towards the bottom of the loop I was looking at a map for a few seconds and an older Japanese guy asked me where I was from. I told him and we began to run together for a bit. He told me he had been to Ireland, negotiating with the Irish electrical supply board. As we ran, we chatted a little and he told me some of the places he had been around the world. He was 70 years old and when he told me this, he apologised for slowing me down on my run… We were maintaining a solid 9 minute mile pace and he wasn’t slowing me down at all. The guy was super fit and a long time marathon runner.

We parted ways after a while and I ran back to the hotel. Breakfast was a buffet with a Japanese and western section. I pick from both. I have to say, Miso soup at breakfast is tasty.
Apparently western style breakfasts include deep fried chicken and French fries. I passed on the fries but couldn’t resist a bit of delicious fried chicken. I’m not sure what the rest of the stuff was that I took from the Japanese section but it was good. The western style sausages were radioactive red but also tasty. Apologies for the poor quality phone photo. 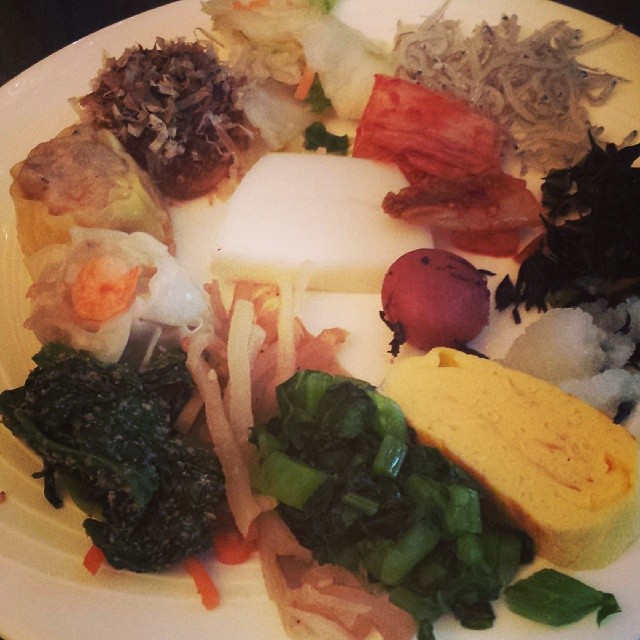 With breakfast done, I was off to work.

That evening we went out for some excellent sushi in a local place and I then jumped the subway to Shibuya. 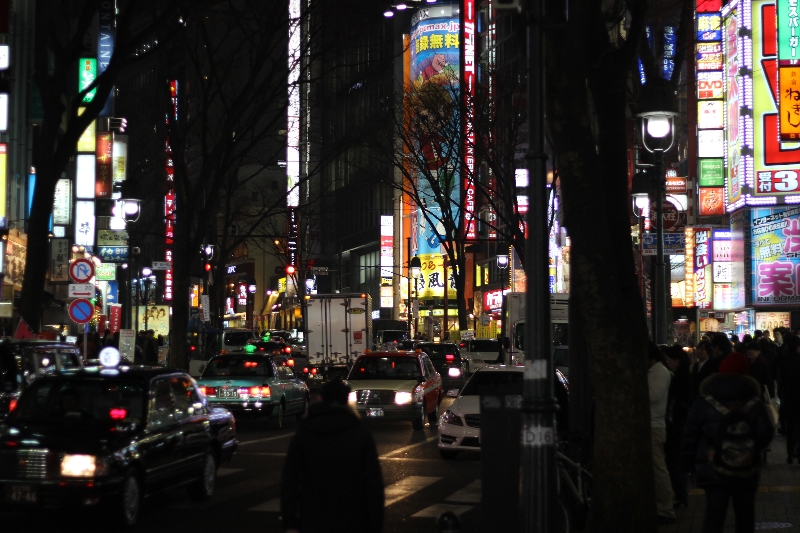 My main objective here was to see the Shibuya crossing, but on the way I couldn’t resist wandering into an electronics shop that was 6 stories tall with different stuff on each floor. I managed to restrain myself from buying some Dre Beats earphones, and headed on to Shibuya crossing. Shibuya is a very busy shopping area with a lot of huge stores, so there are a lot of people around. The main intersection just down from the station is unusual. At this intersection, all the lights turn red at the same time and a massive sea of people swells across the road. Now I was there on a Monday night.. I can only imagine what this would be like on weekend! Here are a few photos to give an idea of this place. 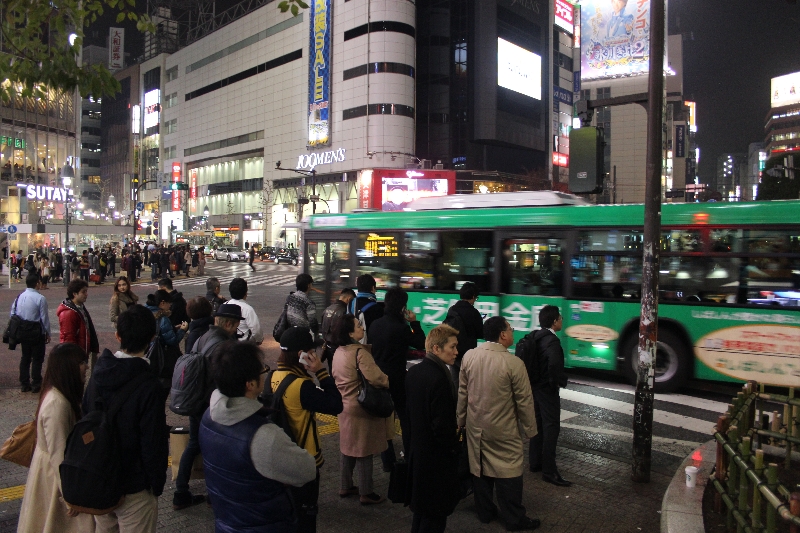 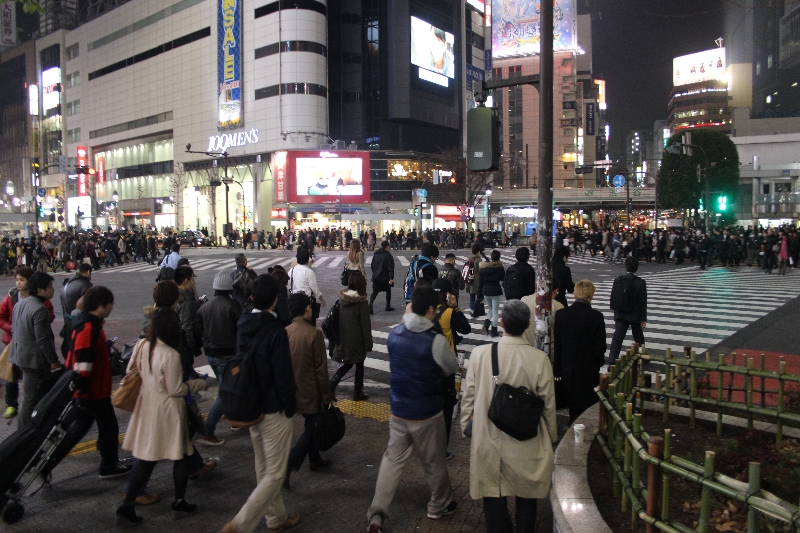 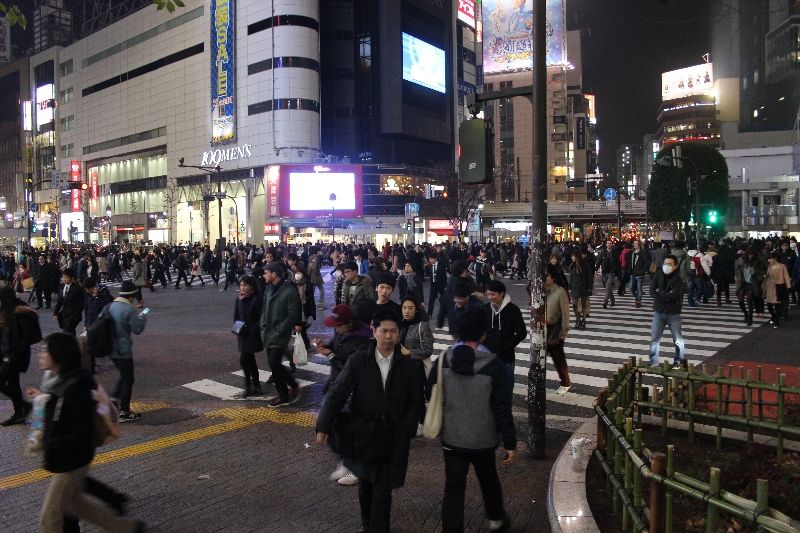 After snapping these photos at the crossing, I went for a quick walk around Shibuya 109, a huge multi-storey shopping complex with high end fashion, mostly for young people.  Japan is an incredibly fashionable place, but to be honest, this is something I know virtually nothing about so I gave up on this and headed back to my hotel for some more sleep.

When I had announced on Facebook that I was heading to Japan, two friends contacted me independently and told me that I had to go to a restaurant called Gonnpachi on the third night we were able to do this. We took the subway to Roppongi and got a little lost, wandering around in the snow and trying to find the place. I was beginning to wonder why I had bothered but then we did find the place and I’m glad we did. Gonnpachi is supposed to have been the inspiration for the restaurant fight scene in the movie “Kill Bill” and the moment you walk in it looks familiar (apologies again for the crappy phone photo)… 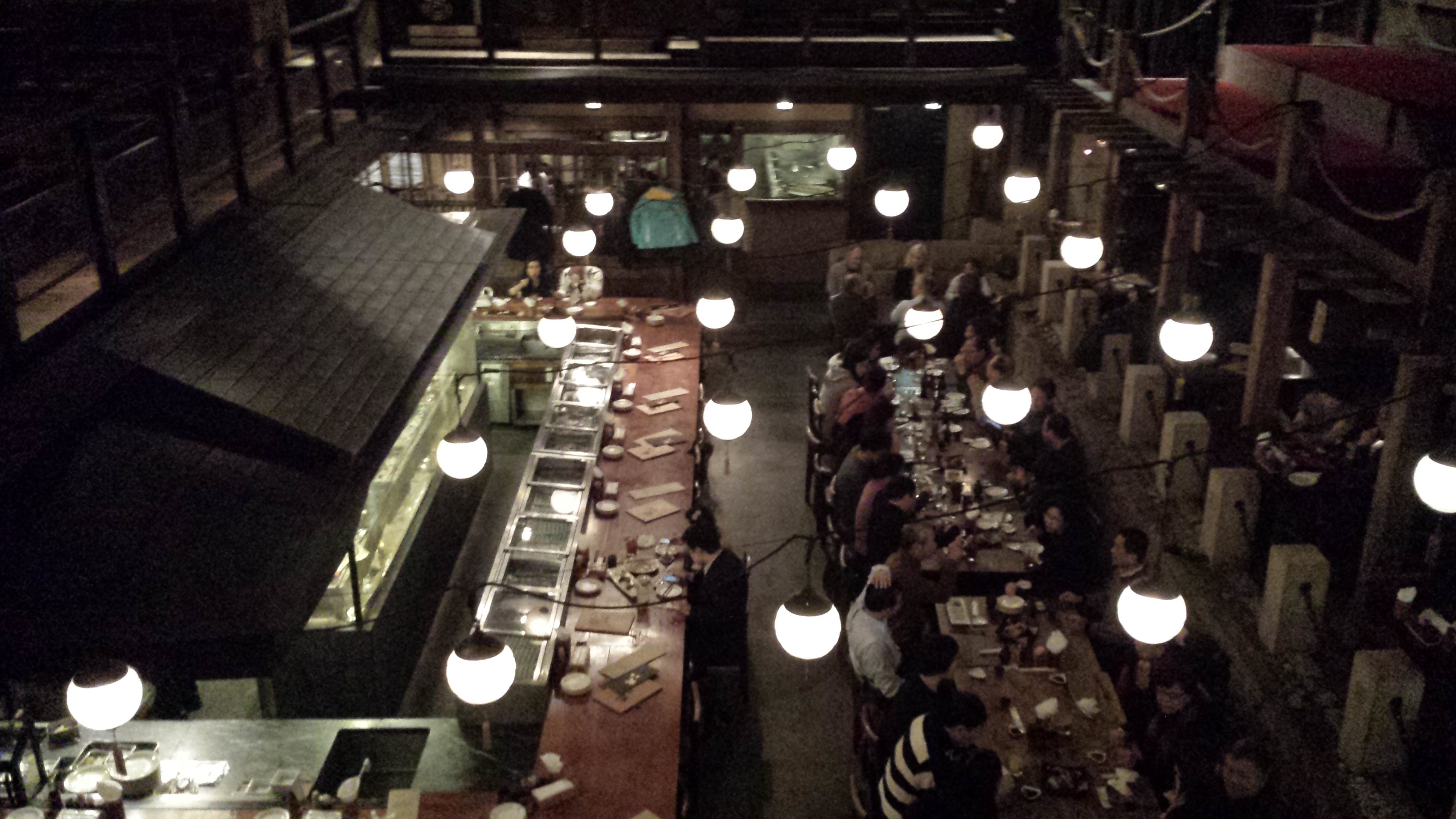 The food in Gonnpachi was amazing, as was the ambience. If you go to Tokyo I firmly recommend a trip there.

The next day was a busy one with meetings etc. and in the late afternoon we boarded the bullet train to Osaka. Osaka is about 314 miles south of Tokyo and Google tells me this will take 6 hours. On the bullet train it takes just over 2 hours. Those things move fast. Its definitely another thing worth experiencing if you visit the country. In addition to going very fast, one of the weird things about the train is another echo of the very respectful nature of Japanese culture. The railway staff, conductors and food vendors, all bow when they enter a carriage and bow when they leave again.

I didn’t see much of Osaka to be honest, though I did have a pretty amazing view from my hotel room window. 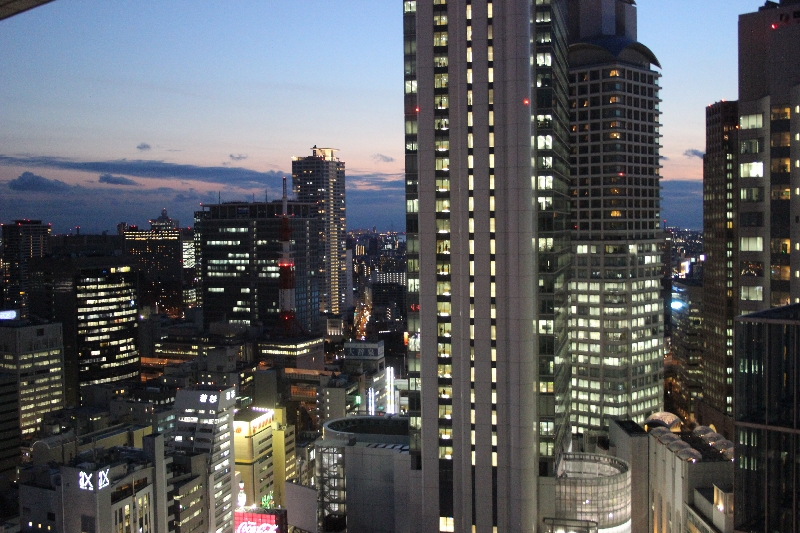 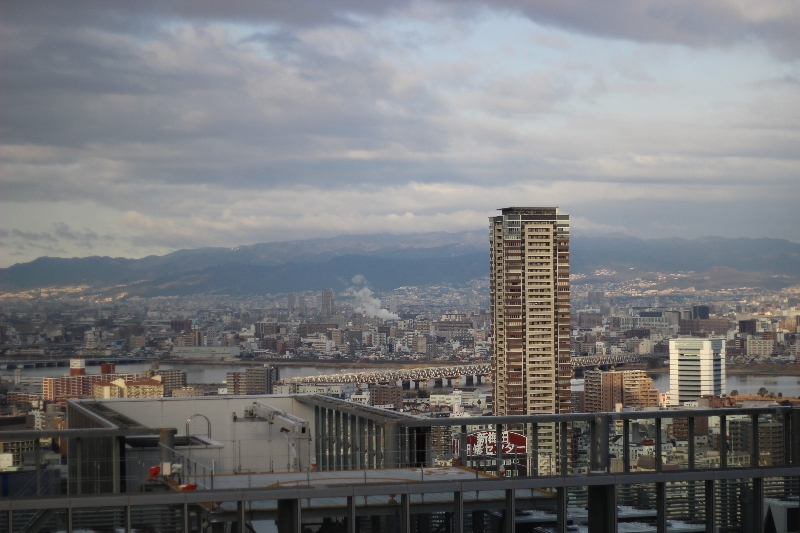 When we arrived I took a brief walk around the area we were staying avoiding the Bvlgari and Louis Vuitton shops but stopping in for a scout around the camera shops. I did almost buy some random ancient second hand lenses but as none of the staff approached me and I was borderline passing out exhausted, figured that this could be a regrettable purchase so walked away. 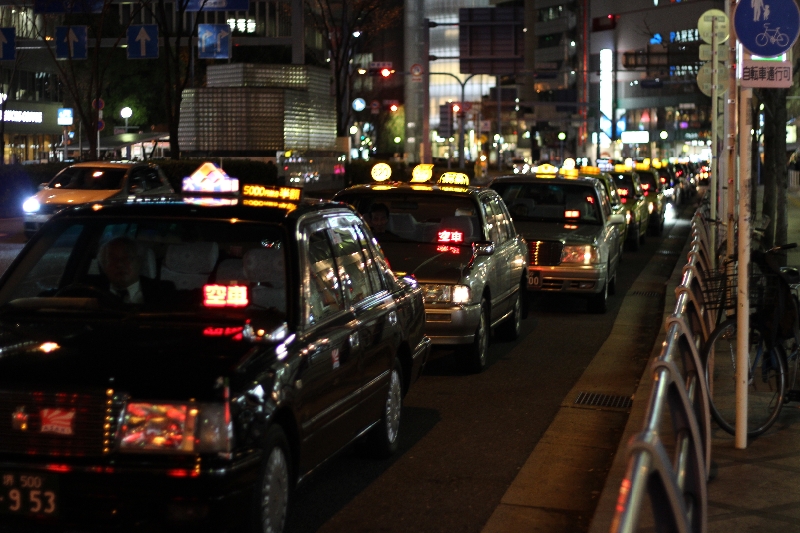 That evening we wandered around the restaurants close to the hotel and concluded that none had an English menu. They all looked similar so we picked one at random and ordered by pointing at pictures. We had some local beers, (Kirin, damn tasty) and ordered up some noodles, chicken and a few other things that seemed like a safe enough bet. After a few courses I wasn’t quite full so thought one more would be a good idea. One of the pictures looked a bit like a nice plate of sashimi, possibly tuna and abalone or hamachi. So I ordered it.
When it arrived it was clearly not what we expected.
Which explained the strange look from the waitress when we ordered it.
A few friends of mine who had been to Japan before had mentioned to me that there is a delicacy there that is a little unusual.
Horse and whale sashimi 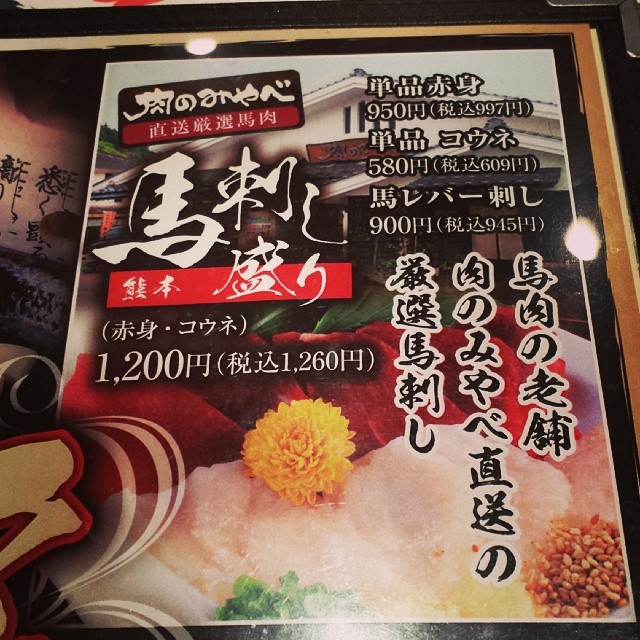 The red thing I thought was tuna was clearly raw meat. The white stuff.
I guess it was whale. I posted the above picture on Facebook and Instagram and had it confirmed independently by two people. Yeah.  Kinda weird. The horse was pretty good. The whale.. well it wasn’t bad, but I wouldn’t be rushing to order it again based on flavour never mind for ethical reasons.

The next day was a long day of meetings and the bullet train back to Tokyo. I was staying in a different hotel for this last night and the view from here was pretty good too 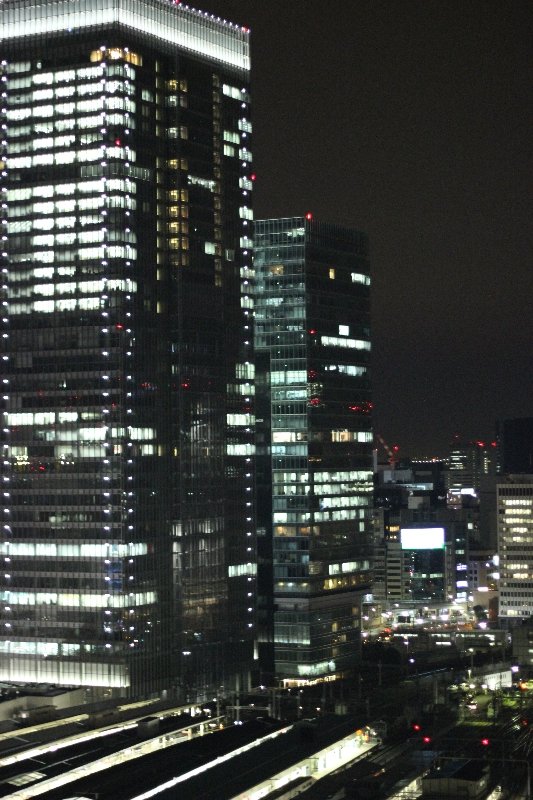 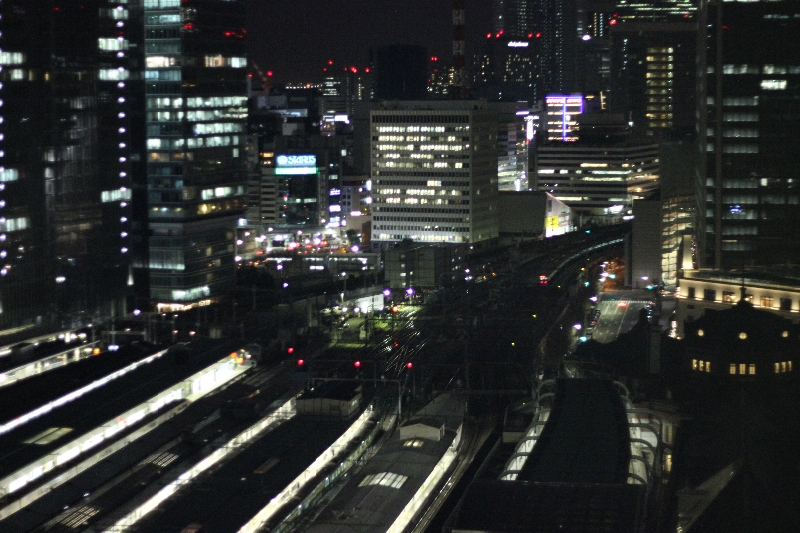 When we arrived back that night in Tokyo it was late and we ended up eating in the only restaurant still open in the hotel which was, sadly, French.

The next day, Friday, I made my way to the airport to begin my onward journey to San Francisco, crossing the date line and jumping 17 hours of time zones. I left Tokyo at 5:30 pm on Friday evening and arrived at in San Francisco at 9:30 am on Friday morning.

Overall I loved Japan. Its really a beautiful country with a very different and interesting culture. The people, the food, architecture, the infrastructure… they are all amazing. You do distinctly feel like an outsider. When I was first thinking about travelling there, I was a little worried about how difficult it would be t get around. While it wasn’t necessarily as easy as it is in some countries, it tuned out to be a lot easier than I expected as it is now a lot more common to find things printed in English. The people, however, on the whole do not speak English and this is much more obvious than in any other country I’ve visited. As I said before though, I really enjoyed this feeling of being an outsider. I spend a lot of time in the states and in Europe and while there may be language barriers at times, on the whole it never feels that different from home. I’ve actually never travelled anywhere east before, and so Japan was my first experience of somewhere that truly does feel dramatically different from home.  I definitely hope to return some day.