Why Do We Train?

This is one of these posts that I’ve started numerous times and ended up gong back and rewriting the first part to try and figure out what the hell the actual focus of it is.
This post is a tad philosophical, but with a focus on philosophy as it applies to exercise and training, something that really interests me.
Actually this subject alone is a fascinating one, we tend to think of philosophy as a stuffy academic pursuit. One rarely thinks of world champion athletes as great and deep thinkers. Conversely, we rarely consider academics, philosophers and thinkers as dedicated athletes. 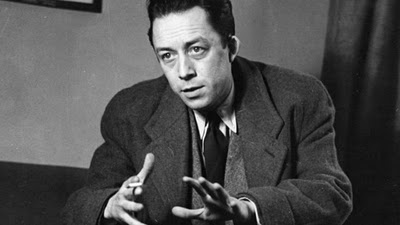 Of course, this is ridiculous, I’ve heard and read interviews with many athletes who are incredibly smart and insightful people. Likewise, many great artists and academics are dedicated runners, triathletes, fighters etc. 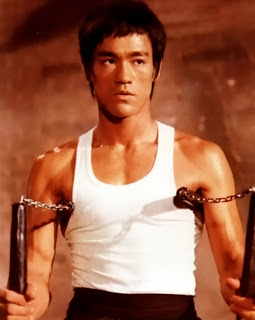 Bruce Lee, the philosopher with nunchucks

So lets put aside the preconceptions and accept that one can be an athlete, an artist and a philosopher. Accepting this, why do we train?
For the purpose of this post, I am restricting my definition of training to sports and athletic endeavors. Clearly this is very restrictive, writers, artists and academics study their field and their craft and “train” their mind and their skills to achieve success, but for now, just humour me and accept that I’m just talking about sport.
I should probably add one more caveat. I’m not talking about professional athletes. Why do they train? Well, because its their job to do so. The philosophical underlying arguments may still remain and may be greatly similar, but its a different kettle of fish. What I am talking about is someone like me, my workmates, my colleagues and the people I train with. People who have full time jobs and families and who do the sport for the sake of it, with no view to it ever becoming their job. I have work colleagues who run ultra-marathons. I have friends who work long hours in high pressure jobs that somehow find the time to race Ironman triathlons. Hell I even know a guy who is a CEO of a company that has qualified for Kona, the Ironman world championship.
What drives people like him to train those long hours?
What drives me???
I have a full time job, a family, a lot of hobbies and I travel a lot. People regularly ask me how I find the time to train. The answer to that is relatively simple, if you’re driven to do something, you will find the time. I’m not going to get sucked into going off on that tangent.
But why do I have this drive? Why does anyone?
Training is hard work. Its enjoyable, mostly, but it is tough. Its not the easy option. Sitting on the sofa drinking wine, eating pringles and feeling your ass grow larger and ever more comfortable is the easy option. Getting off your ass after the kids have gone to bed and going out for a 13 mile run in the dark and in the rain is definitely the “road less traveled”.
When we train whether it be for martial arts, triathlon, marathons or any other sport, most would probably feel that’s what they are doing is self development. I, for one, feel that this is my reason. There are hundreds of other “reasons” that I train, but fundamentally the underlying philosophical reason is to develop myself. This development is obviously and most apparently physical, as highlighted in my last post, but there is also a mental, emotional and even spiritual aspect to the development that I touched on a few posts back when I talked about Buddhism and martial arts.
So its all about self development, right?
Easy
But wait. Let me play devils advocate to myself.
in some sense is it could be considered that all we are doing is distracting ourselves. Life can be difficult & it can be complex. We go through good times and bad times and lets face it, many of us have an unusual attitude to life.
On a universal scale, our individual lives are little more than a brief moment. As Chuck Palahniuk said

“This is your life, and its ending one minute at a time”

I could go and search for similar quotes from great philosophers, but why bother? Chuck Palahniuk nails it. So do we live our lives as though each moment may be our last? Do we soar through life on a wave of joy?
Not really. Most of us spend half our lives watching mindless shit on television, being stuck in traffic and hating it or posting updates of what we ate for lunch on Twitter and Facebook. We spend a significant amount of our waking hours really just distracting ourselves from the reality around us that can be seen as wonderful, expansive and joyous, or terrible, oppressive and depressing, depending on your perception.
To throw in another quote, again from an author but from a somewhat different generation… George Bernard Shaw

I am not religious, and if you are, that’s great, I respect that and mean no offense. But it is my fundamental belief that life is essentially objectively meaningless. We create our own meaning in life and this individual and subjective meaning is, in my opinion,  infinitely more important and valuable than any shaky doctrine of objective reality and meaning. So this being said, how do we distinguish between development and distraction? when I go out for a run, am I really living up to my own philosophy of life? Or am I merely indulging in a form of escapism?
I guess the bottom line is that if the meaning is subjective, then only you can be the judge of your reasons and your intentions. If I were to ask the question… Which is more meaningful, sitting at home watching big brother, or writing a book or running a marathon? how would you answer? Am I really just indulging in a form of intellectual snobbery and using reductio ad absurdum (not a spell from the harry potter books) to make my point?
I probably am. I guess my conclusion on all this is that for each of us, we have our own reasons for our actions. It is this subjective complexity that makes life difficult as we tend to act as though our subjective reality were objective. Thus when we do something for a certain reason and justification, we tend to assume that when someone else does the same thing, they have the same reasons. That leads to a hell of a lot of problems!
To throw in one last quote, and since the general tone of this is somewhat philosophical, its only fair that I quote a traditional philosopher, Socrates (or Plato, as Socrates himself never wrote anything and it was primarily Plato that wrote what is attributed to him),

“The unexamined life is not worth living”

So, if everything is subjective, when we examine our own reasons or justifications for things, can we clearly see the truth? Is my training development or distraction? Id like to think its development.
What about you?
Why do you train?
← Birds flying high you know how I feel. Sun in the sky you know how I feel…Weight loss? (warning, contains topless pics of me, prob NSFW) →