OK, this is part 2 of my travel diary posts from Japan If you haven’t read the first part its here.

After eating some lunch, I made my way in to Yoyogi park to visit the Meiji shrine. When I travel for business I rarely get free time to do touristy stuff, so this is pretty unusual and the visit to Meiji shrine was definitely one of the highlights of my trip to Japan.

The entrance to the park was beautiful and after the chaos of Harajuku it was very serene and calming. Although perhaps this can be partially attributed to my consumption of food. 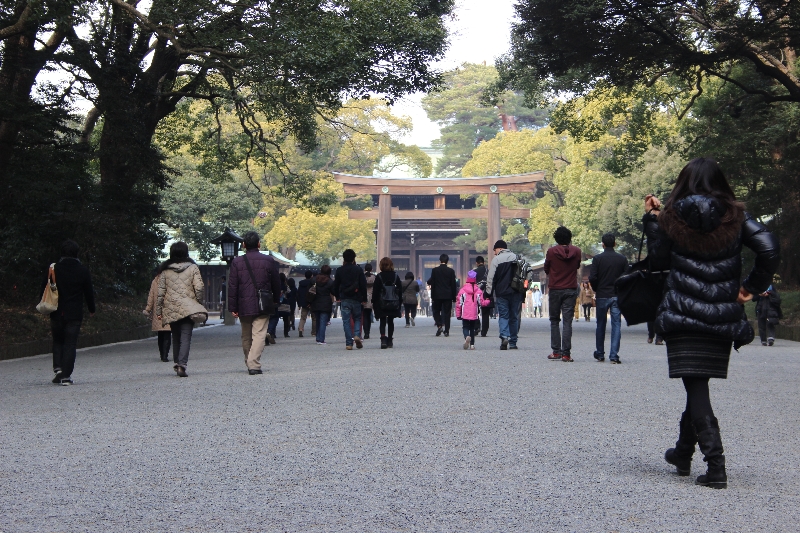 The walk through the park is beautiful and after a while I come to the entrance to the shrine. The shrine itself is a Shinto shrine, which is, according to Wikipedia, the source of all knowledge, the “indigenous spirituality of Japan and its people”. While Buddhism is still one of the major religions in Japan, Shinto is highly prevalent and seems to be very much compatible with Buddhism. Most people who practice Shinto rituals are, apparently, also Buddhist. At the entrance to the shrine there is a place for a cleansing ritual. Again, thanks to wiki, I had read up on this and so was able to confidently step up and take part in this ritual. This involves taking the water dipper in your right hand and pouring water over your left hand then changing hands and pouring water over your right hand. You then pour water into your cupped left hand, transfer the water to your mouth, rinse and spit out the water into the trough at the foot of the fountain. Here are some people showing you how its done… 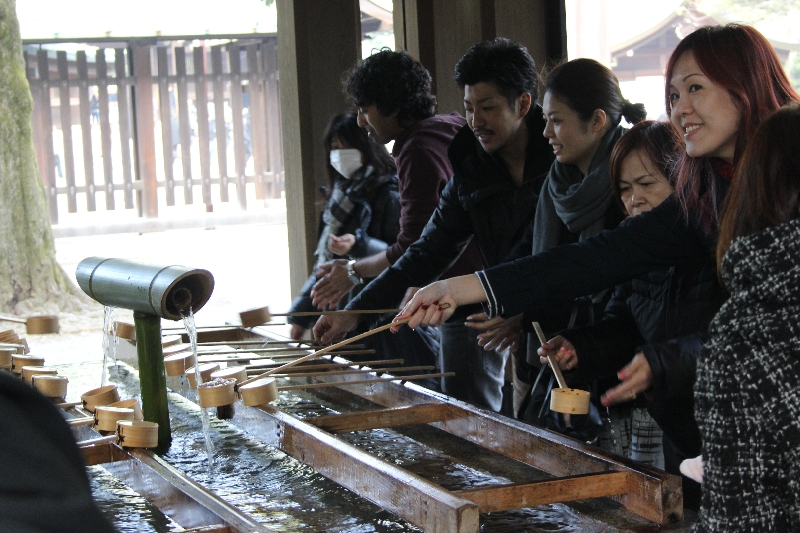 After this walk I forward toward the shrine and a middle aged Japanese guy rushes over to me and points at my camera and tells me there is a wedding ceremony going on and points… Again, thanks to wikipedia I was all clued up on this and so after thanking the kind man, I rushed in to grab some pics. 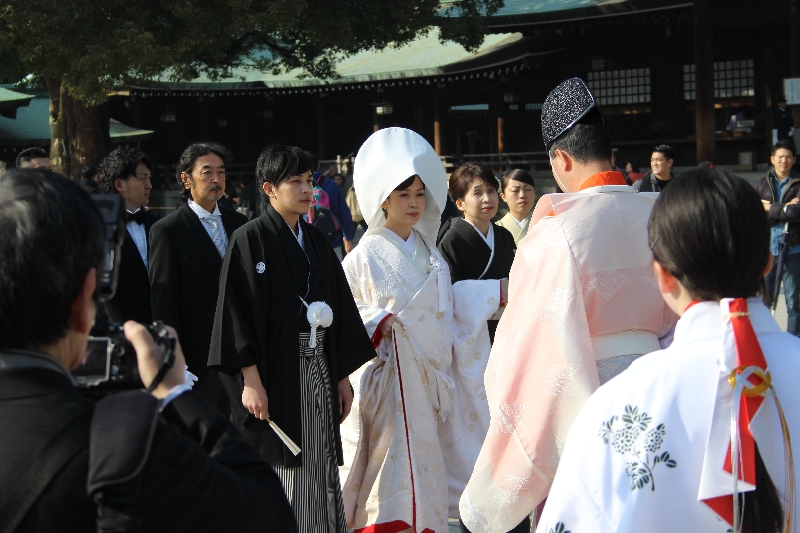 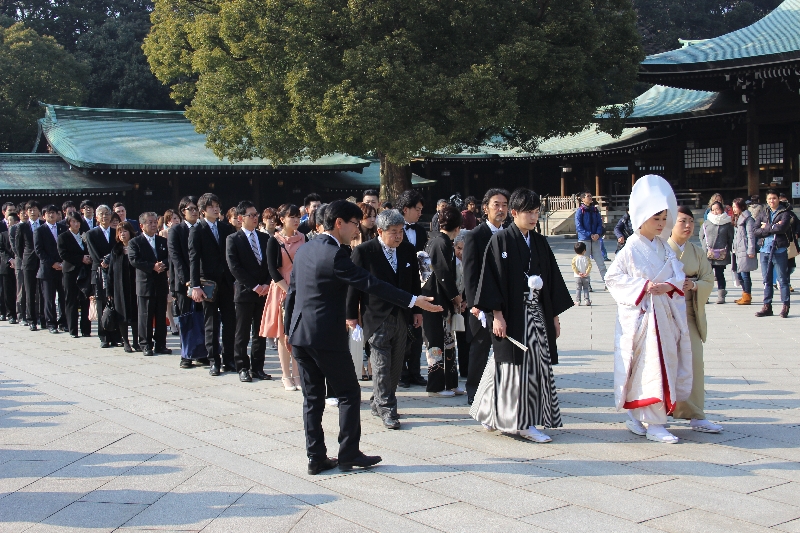 Having intruded on these lovely peoples wedding day a little, I walk up to the front of the shrine. Here people are throwing offerings into the tray at the front and “calling the gods” by stepping back, clapping twice and bowing. The place was jammed and everyone was doing this, which was a pretty amazing sight. After watching this for a few minutes, a loud banging started and I went to check that out. One of the priests was banging the Taiko drum. A bit of googling later informed me that this may have been some kind of purification ritual.. but don’t quote me on it. It was pretty impressive whatever it was. You can probably imagine from the size of the drum just how loud this was. 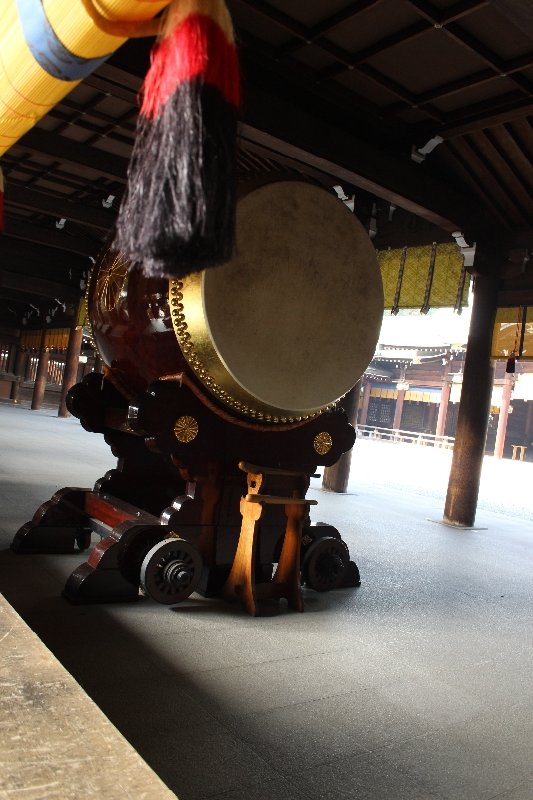 The shrine itself was really beautiful. Here are a few photos… 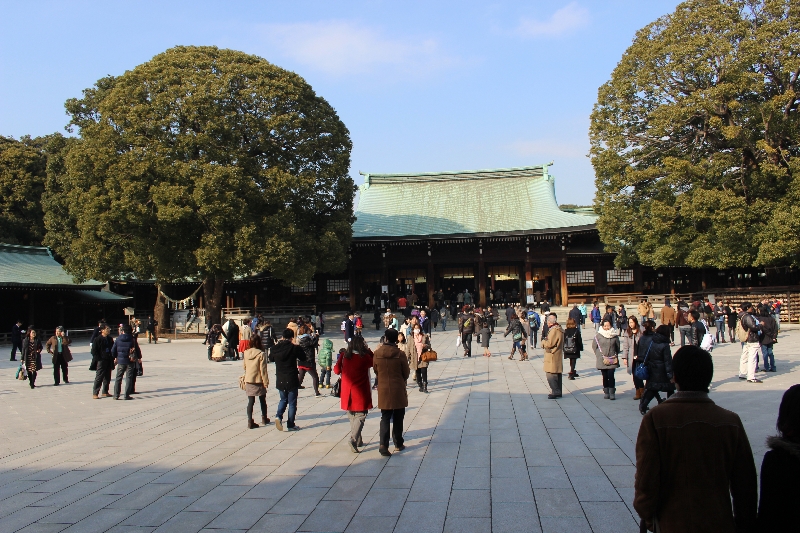 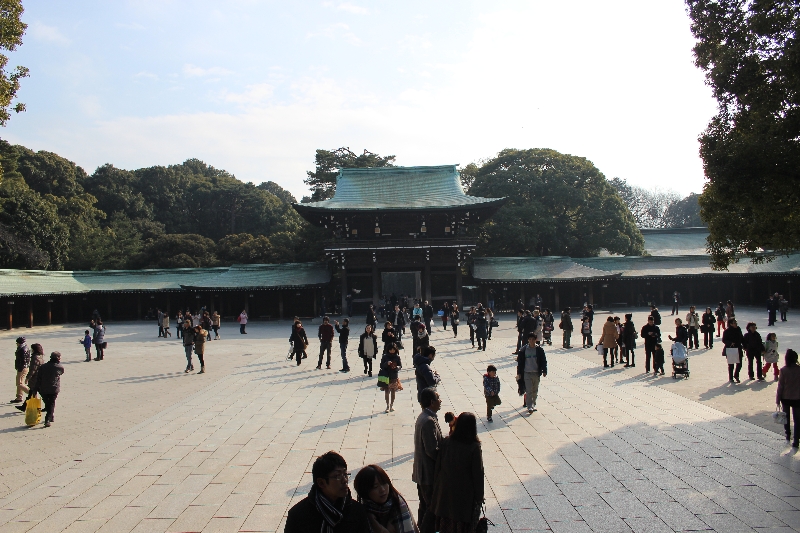 Here in the centre square there was a place for placing votive tablets for special prayers and gratitude. 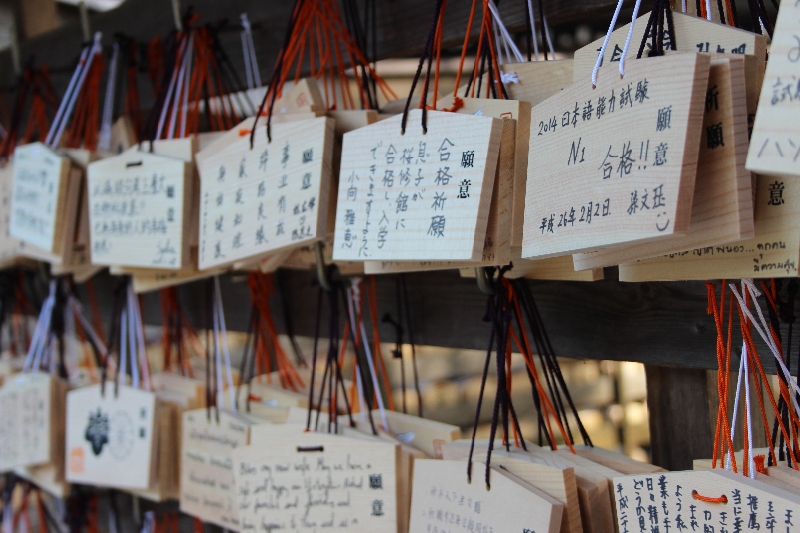 I walked out of the shrine and decided to take a walk through the park. The park itself is also pretty stunning. I’m totally aware that I am killing you with too many photos here but seriously.. look at this! 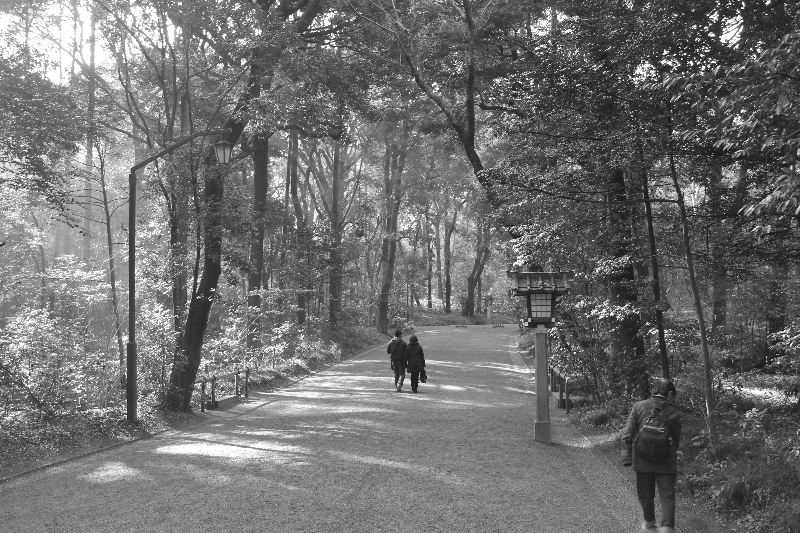 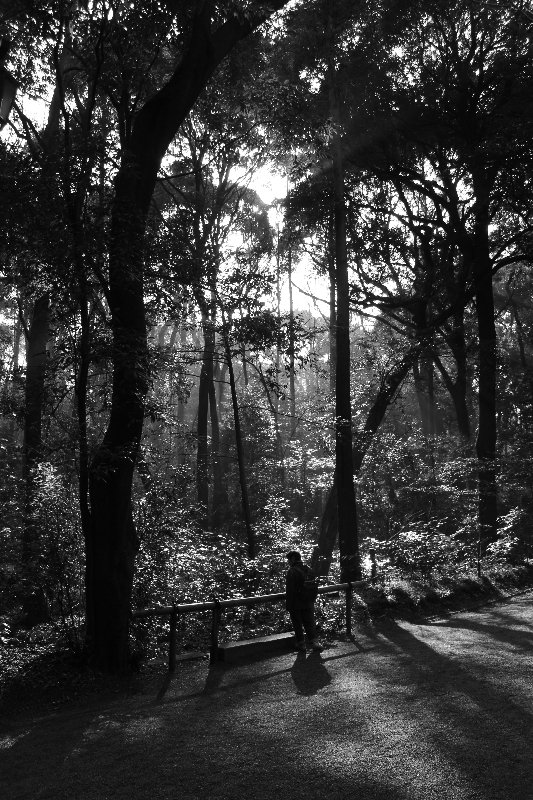 Down towards the back of Yoyogi park I find the Dojo in which a bunch of guys are doing kendo. Out the back is the archery range, but sadly both the dojo and archery grounds are “off-limits” so no photos. I was able to watch the kendo practice through the window for a bit though which was pretty cool.  Just outside the dojo there was a lovely wide open space filled with people. Clearly mostly locals out for a Sunday afternoon stroll. 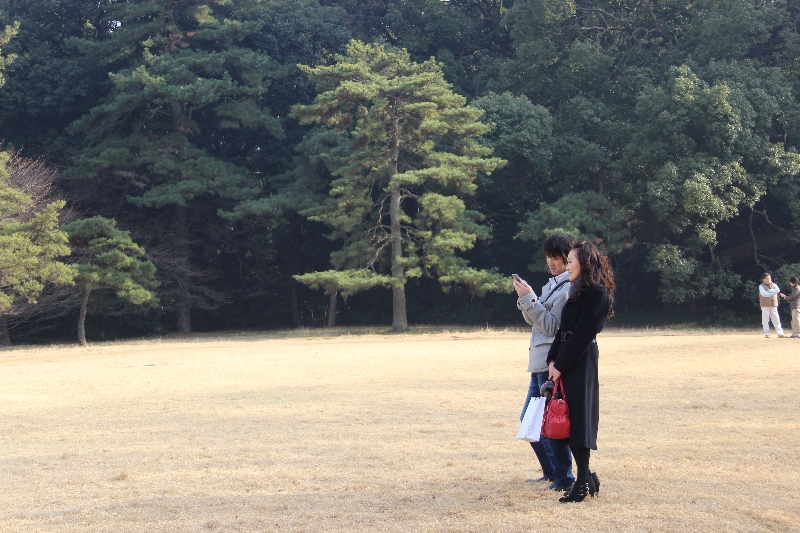 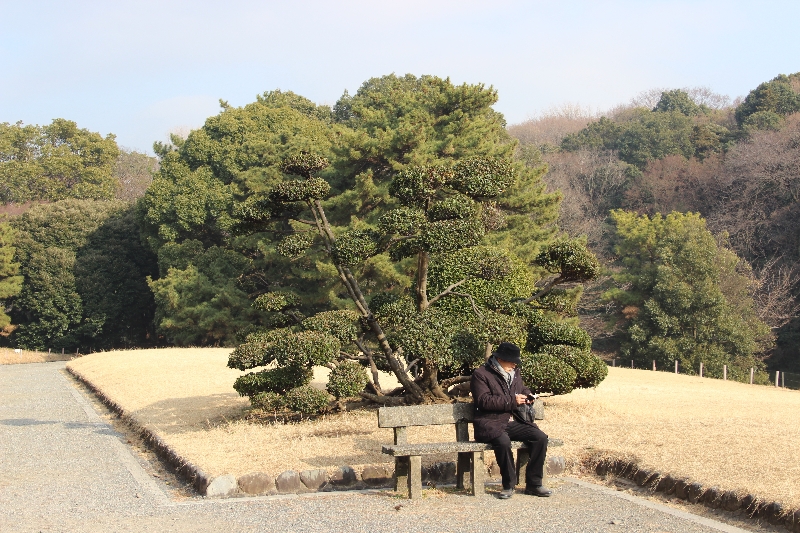 By this stage I think I had walked a good ten miles or so and had been awake for about a month and was beginning to figure that my day was close to an end so I started making my way back to the entrance. As I approached the entrance there are just a few more things I want to share photos of. The first is a group of women in traditional dress. Whether these were involved with one of the weddings that was happening or if they just were out for a day in Kimonos I have no idea, but its a nice photo. 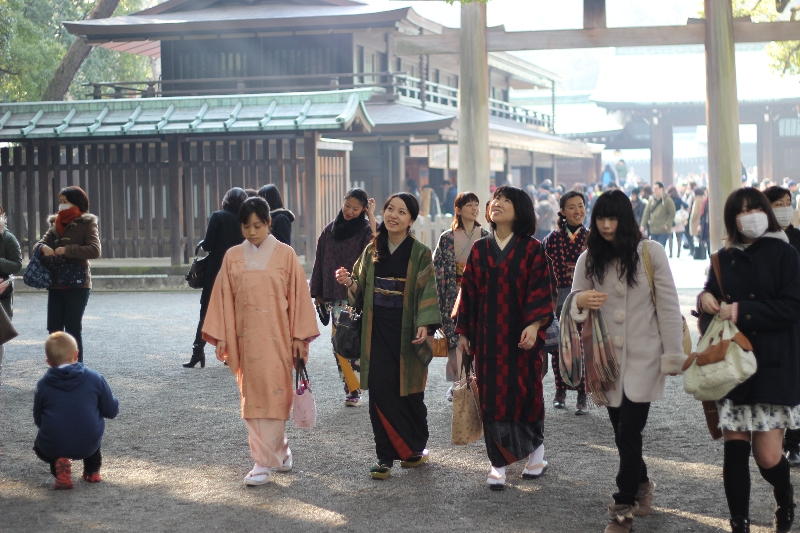 Just inside the main gate, there were barrels of Sake wrapped in straw and and a stand explaining the following…

During the Meiji Era, Emperor Meiji, whose divine soul is enshrined here at Meiji Jingu, led the industrial growth and modernization of Japan by encouraging various industries and supporting technological development. Due to their grace and virtue, Emperor Meiji and his consort, Empress Shoken, the beloved mother of our nation whose soul is also enshrined here, are held in the highest esteem by the Japanese people. These sake barrels are offered every year to the enshrined deities by members of the Meiji Jingu Zenkoku Shuzo Keishinkai (Meiji Jingu Nationwide Sake Brewers Association) including the Kotokai, which has made offerings of sake for generations, as well as other sake brewers around Japan wishing to show their deep respect for the souls of Emperor Meiji and Empress Shoken. In addition to stating our humble gratitude to all of the brewers who have so graciously donated their sake, we also pray for the continuous prosperity of the sake brewing industry and all the other industries maintaining Japan’s traditional culture 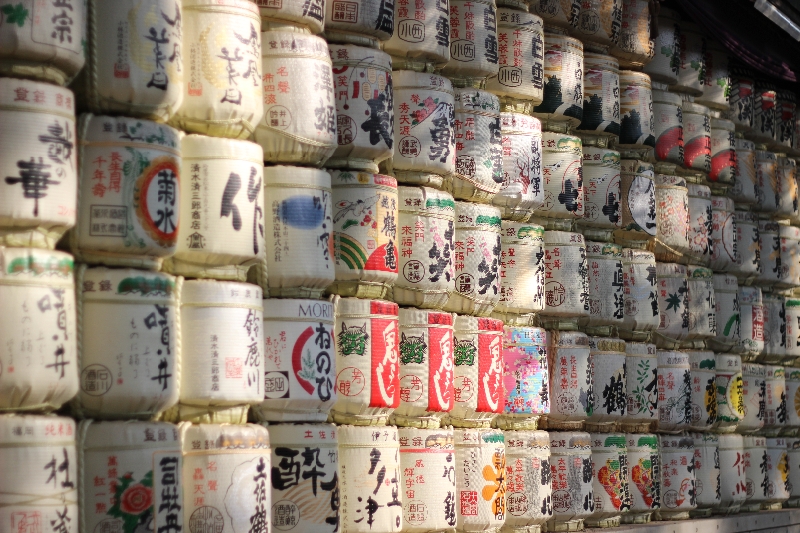 I really like this photo and its my current desktop background

OK. So at this point I was genuinely approaching braindeath and just wanted to sleep. Admittedly it was only about 4pm and I needed to stay awake till at least 8, which i managed to do, but I will leave this second part of my travel diary here with a few photos I took on my walk out of Yoyogi park back towards Harajuku and the subway station. 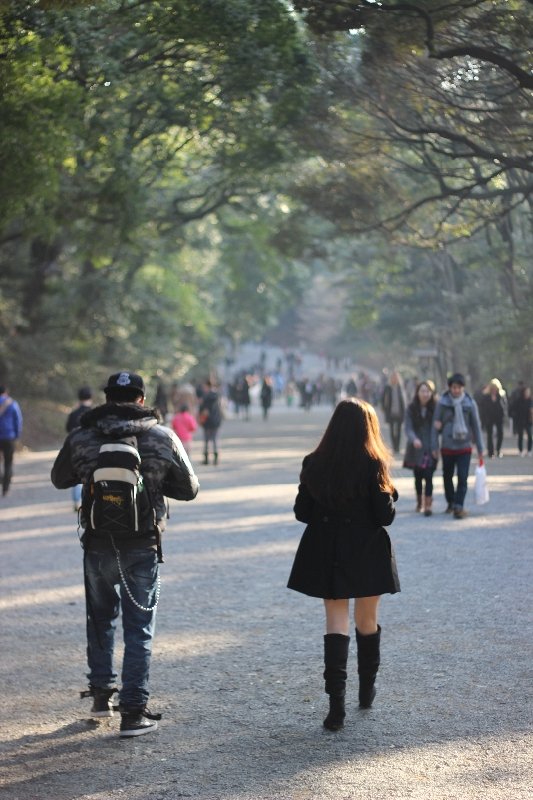 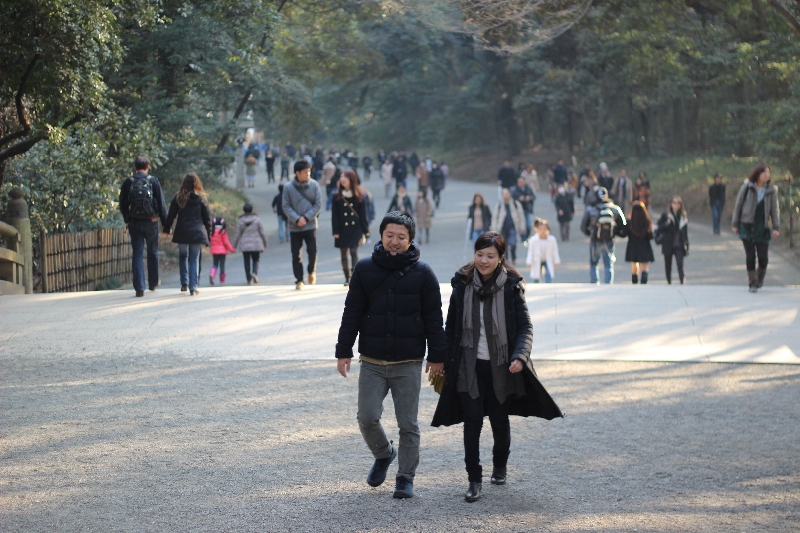